Thanks to the installed Mutoh ValueJet 1626UH, Van Assema Grafimedia can deliver a much wider product range than before. 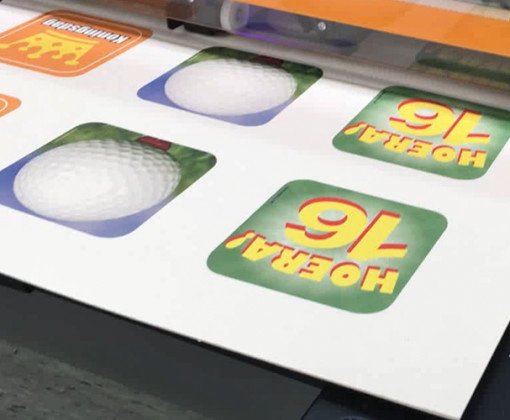 Small orders and special tailor-made products: that's where the strength of Van Assema Grafimedia lies. Owner Rob Gulinck therefore specifically carefully select-ed the machine range. The search for a large-format printer was mainly driven by the desire to no longer have to manually apply stickers to board materials. A hybrid machine that can print on both rigid plates and roll material would give the company more flexibility.

Van Assema Grafimedia has a long history. The company was founded in 1912 as 'Stoomdrukkerij Schellekens', where great-grandfather Van Assema worked. He continued the offset printing business from 1945, after it was in possession of three generations of Van Assema until 2010. In 2010 – at the time of the economic crisis – Rob Gulinck took over the company. "There is still a great-grandson of the great-grandfather working with us," says Gulinck.

"When I bought the company, only printed matter was delivered; digitisation had not yet taken place. There were offset presses, a platen press, image setters and plate setters and a cutting machine. I previously worked at large printing companies, where digital printing and signing had already been established. So I drew up a business plan with the opportunities for this company. We knew we had to undergo a digital transformation. This was reinforced by the acquisition of a sign company in 2012.”

At one point Van Assema had two digital printers. Gulinck: "Including a real volume production workhorse, but we are not a typical sign company and we did not have enough work for that machine. We wanted a machine with a lower print volume, but with a high print quality for specific applications. Our preference went for a hybrid machine. One that can print on both rigid plates and roll material."

Employees of Van Assema were briefed extensively about the Mutoh ValueJet 1626UH at a trade show. "At the Mutoh Experience Centre in Ostend, Belgium, we subsequently carried out various tests. We wanted to know if the ValueJet 1626UH would achieve the same colour intensity on different materials, such as foamed PVC sheets and monomer and polymer self-adhesive vinyl. The results were decisive. Moreover, I wanted to get rid of manually applying stickers to board materials.

In 2016 we purchased this Mutoh printer – one of the best investments we have ever made," says Gulinck. The ValueJet 1626UH makes the company Van Assema Grafimedia much more flexible. Where previously stickers were applied manually, the same orders are now printed directly onto rigid plates. This increases the productivity. "But the fact that all our print work can be done on one and the same machine and that the output is always of the same high quality is of essential importance. We now offer support in all colours with both the offset machines and this printer. In doing so, we make life so much easier for our customers in all their visual communication applications. They can go to one address for offset printing, digital printing and signing, and that has made us great."

The 165-cm-wide printer is equipped with UV-LED technology, so the prints are immediately dry and ready for finishing. "With this, we save a lot of time. It is often a matter of trimming and then we are ready. The ValueJet 1626UH is equipped with the CMYK, white and varnish inks. It's nice that we do not have to clean the nozzles every day, the printer does it all by itself thanks to a 'self-cleaning function'."

Gulinck also speaks highly of the fact that the ValueJet 1626UH can print on media up to 15 mm thick. "Think of glass, acrylate and wood. We have started brainstorming to see which applications we can make. We print, for example, directly for various wine merchants on wine-box lids. The orders vary from 1 to 500 copies. We have made a mould for inserting the lids. The Mutoh ValueJet 1626UH prints 40 pieces at once. Not only images, but also very fine texts."

Gulinck also shows some examples of glass information panels installed alongside golf courses. "Normally this is done on HPL or Trespa, but we print directly onto acrylate or glass. The ink is scratch-resistant and UV-resistant. "He also shows beer mats with a tactile varnish layer. "With varnish you can also highlight only certain parts. Similarly, we now have an assignment for the signage in a DIY store chain."

At Van Assema Grafimedia, they state that they have the right customer base for the Mutoh ValueJet 1626UH printer. "Customers who want something extra, and who have specific questions and needs. I wish we had invested in this printer earlier, because we have been able to improve ourselves as a company and have become more efficient. In addition, we started printing on many more substrates, as a result of which the applications are increasing. By taking the time to work out ideas, we are still growing." 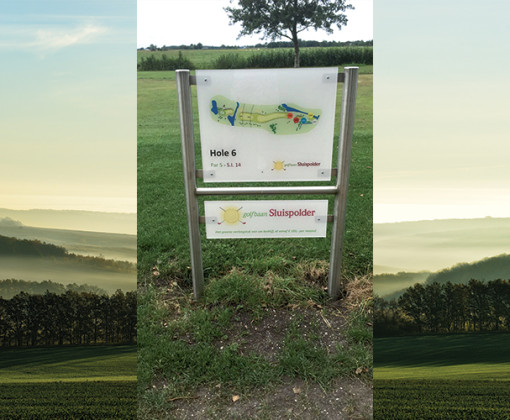 Van Assema Grafimedia, based in Holland, is traditionally an offset printing company, but had to transform to keep up with the times. “By offering offset printing, digital printing and signing, we make life so much easier for our customers in all their visual communication applications.” Thanks to the installed Mutoh ValueJet 1626UH, Van Assema Grafimedia can deliver a much wider product range than before.

Save the User Story on van Assema on Your Computer