“In light of the positive experience I had with my ValueJet 1614, it had to be a Mutoh model again, of course." The Mutoh ValueJet 2638X is just right for Simon Deckers, owner INTAMEDIA e.K. 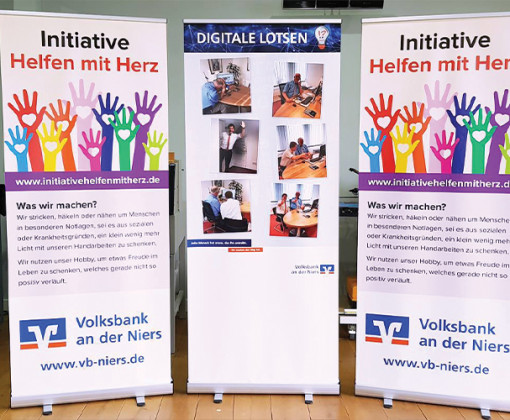 Simon Deckers founded his company INTAMEDIA e.K. when he was still undergoing training. The Mutoh ValueJet 1614 was the "workhorse" of his agency and digital printing house for nine years. A brand-new Mutoh ValueJet 2638X has taken its place since November 2018.

"I was a little sad when I sold my ValueJet 1614 a few months ago," confesses Deckers. He has cherished and looked after it since the company was founded in June 2007. As a result, the sign & display printer for materials up to 1,625 mm in width was in such good shape that Deckers even submitted an article on machine maintenance in a well-known trade journal in 2017. "I see myself as a bit of a nerd," says Deckers, "when I do something, I want to do it well. Technical correlations fascinate me."

The media designer completed his training in his own company, because he founded it during his apprenticeship. The family background certainly helped here. His agency is located in a modern commercial building in Wachendonk near Krefeld.

Deckers has found his niche in rural areas. This is because he primarily produces high-quality banners for the local economy. "Our customers include Volksbank, logisticians and agricultural traders as well as car dealerships and medium-sized companies," he says. "INTAMEDIA is renowned for its high level of consulting and design expertise, and of course for its speed, which is also due to its local proximity. Customers who place trust in INTAMEDIA appreciate that we not only produce outstanding prints, but also provide advice. Our aim is not to be the cheapest on the market, but the best. We like to source innovative solutions coping with the problems of our customers. The overall result is often more cost-effective than a 08/15 print from the Internet."

The fact that quality and leadership go hand in hand is something he learned quite impressively in 2018.  "Our turnover had risen by an average of around five percent in each of the last ten years," he says. "Yet in 2018 we took quite a leap. This is why I finally wanted to invest in a more productive printer. And in light of the positive experience I had with my ValueJet 1614, it had to be a Mutoh model again, of course."

When the Mutoh ValueJet 2638X was finally installed in November 2018, Deckers was able to easily respond to the massive growth in demand from his newest customer, a company that trades in press and promotional vehicles for several well-known car brands.

This business has meant quick turn-over, but at the highest quality. “It is not uncommon for us to have to wrap ten vehicles overnight. This is because many enquiries come at very short notice. Most of the time it's a combination of digital printing and lettering jobs," explains Deckers. “I have to be able to fully rely on my printer.” Besides the Mutoh ValueJet 2638X, the workshop also has a cutting plotter and a hot laminator. "I try to mainly use high-performance substrates such as the banner materials from the Verseidag-Indutex," says the owner. "It is important to me that we work in the most environmentally friendly and fair way possible along the entire supply chain, and of course with Made-in-Germany quality."

The Mutoh ValueJet 2638X "Made in Japan" achieves an hourly output of up to 39 square meters with its two staggered piezo print heads with variable dot technology in the fastest production mode at 720 x 720 dpi. Banding and uneven colour areas and gradients are a thing of the past thanks to Mutoh Intelligent Interweaving (i²) technology. The highest resolution of 720 x 1,440 dpi can still be used for applications with a production speed of ten square meters per hour. "This even exceeds the performance of our old machine in fast production mode," says Deckers enthusiastically. The Mutoh DropMaster technology for current ValueJet models delivers the highest precision in uni- and bidirectional dot placement. Because the print head no longer requires adjustment for each individual material type, a lot of time is saved when switching between the six print modes. "The motifs are always remarkably precise, even small letters are wonderfully sharp," he affirms.

The Mutoh ValueJet 2638X's high resolution and printing width of 2,600 mm are attracting more and more orders from colleagues at INTAMEDIA. "The decision to take the Mutoh ValueJet 2638X was very right for us," says Deckers. He works with the machine using two 440ml cartridges per colour with double CMYK ink set. "Mutoh's Universal Mild Solvent Ink (UMS) has proven to be the ideal option for INTAMEDIA's daily print volume following a little experimentation," he explains. The fourth generation of Mutoh mild solvent inks is based on a new generation of mild and non-aggressive solvent components. They do not release harmful volatile organic compounds (VOCs) and feature an outdoor durability of up to three years. "The fast drying process and the affordable price of the inks convinced me," says Deckers. The Mutoh ValueJet 2638X can also be loaded with Mutoh Eco Ultra inks. "We feel well positioned for the future with the Mutoh ValueJet 2638X," Deckers says. "Even though it may not be another eight years before we change to a new Mutoh..." 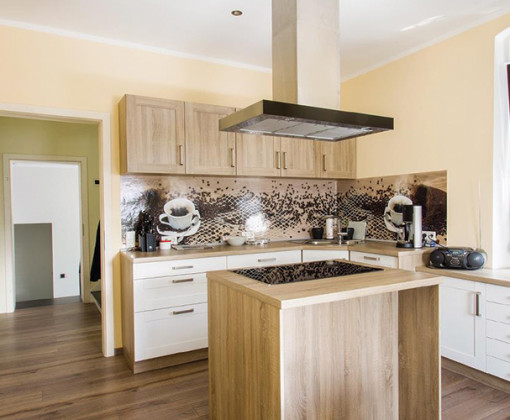 “In light of the positive experience I had with my ValueJet 1614, it had to be a Mutoh model again, of course." The Mutoh ValueJet 2638X is just right for Simon Deckers, owner INTAMEDIA e.K.

Save the User Story of intamedia on Your Computer

Get in touch with Mutoh. Our team is here to help.
) )