In 2015 Moshe Gamliel discovered machines that could print on any material they wanted, but they were huge, heavy and expensive. Then Moshe stumbled upon the ValueJet 426UF from Mutoh, a relatively small machine and not expensive. 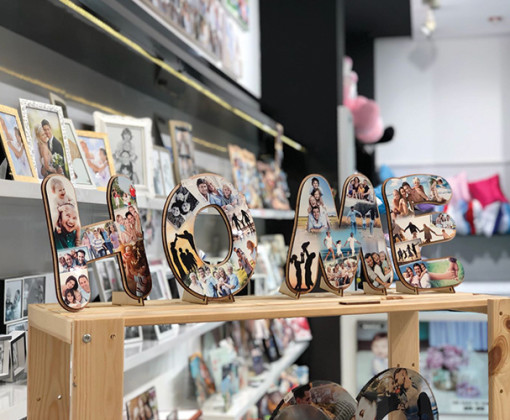 Madpisa, Hebrew for “little shop of printing”, was forced to adapt to the challenges provided by new contestants: smartphones. It was literally adapt or die, as smartphones turned the complete photo printing world upside-down. Printing pictures was a dying business and only knew one direction: downhill. Moshe Gamliel, the owner of Madpisa, and his wife Osnat were forced to rethink their business concept.

FROM UNEMPLOYMENT TO SUCCESS

For Moshe Gamliel it all started back in 1999, when his father Pinhas Gamliel decided to buy a stumbling business for his son. Moshe being an actor and director, was unemployed at the time. Being gifted the stumbling business from his father, together with his wife Osnat, they started printing T-shirts in a shopping mall with very old technology. All his machines were stored in an old dusty warehouse and were basically out of business. It was then that Moshe decided to blow new life into these machines and get them running again.

In the year 2000 Moshe reached an agreement with a shopping mall “Hasharon” in Netanya, Israel to locate the machine within a restaurant. The machine hardly fit in such a small narrow space, but eventually they managed to squeeze the machine inside and started printing T-shirts. For three years, Moshe and his wife Osnat were for at least 12 hours a day with that machine until they decided to change their business name to Madpisa / “Little shop of printing”.

Soon after, they were forced out of the restaurant and decided to move to a new independent store within the same shopping mall. This seemed to be their blessing as their business started flourishing, resulting in recruiting 10 new additional employees and meanwhile also expanding into laser engraving. This however, wasn’t their biggest success yet. Along the way to their true desires and wishes for their business, they hit a few bumps in the road, one being bigger than the other of course.

It was like a bolt from the blue, when smartphones made their appearance and completely turned Madpisa’s world upside-down. Being forced to rethink their business, Moshe and Osnat stumbled upon the ValueJet 426UF from Mutoh. Quickly after, smartphones actually proved to be a blessing in disguise. The ValueJet 426UF’s unique abilities, combined with the creative use of Madpisa and innovative app, which Moshe developed himself, made them even more successful than before. They expanded the Madpisa store to two more locations, whilst meanwhile launching their app which is now commonly used in similar businesses. “With the Mutoh ValueJet 426UF, we started working hard to save our business with more personalised, original and unique products than ever. We understood that to save our dying business of printing pictures, we had to do something. This ValueJet 426UF gave us new inspiration and ideas and now we believe that the sky is the limit” says Moshe Gamliel.

THE SKY IS THE LIMIT

Today the business has evolved to bigger proportions, managing to hold on to the expensive shopping mall, where the high costs are very tough. Moshe’s ambitions did not end there, he started building patterns and templates and sold these together with raw materials to other shops, which also have the ValueJet 426UF to start printing on their own. He basically packed the machines, the ideas and the innovations all together and encouraged four of his good friends to do the same and start printing as well. “Today more than 70% of Madpisa’s activities is related to the Mutoh ValueJet 426UF, and we don’t plan on stopping there. The reason we bought this printer is because it is very stable and reliable, but also answers all of our customers’ needs as most of the prints aren’t bigger than 30 x 40 cm” continues Moshe Gamliel, “next to that, the whole process of the daily maintenance is so simple and easy to do, that it can also be done by new employees and even trainees.”

With the ValueJet 426UF printer, Madpisa’s customers are engaging with the creation process and the business as often they wait in the store, watching how the printer prints their photos on the desired materials. Sometimes they even become part of the innovation themselves, as they often bring products from home, on which they want their pictures printed. Transforming from a T-shirt printer in a restaurant to a store printing pictures being struck down by smartphones, Madpisa has evolved to a very successful customer-engaging photo store, with the ValueJet 426UF playing a key role in this. 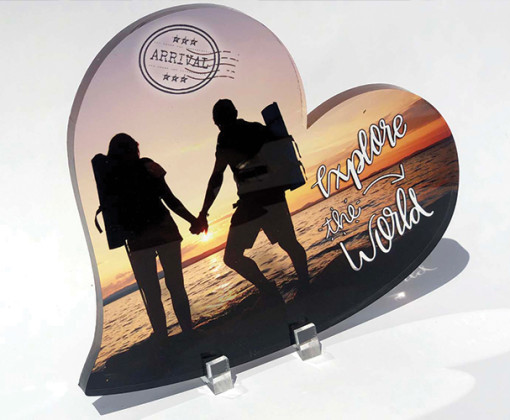 In 2015 Moshe Gamliel discovered machines that could print on any material they wanted, but they were huge, heavy and expensive. Then Moshe stumbled upon the ValueJet 426UF from Mutoh, a relatively small machine and not expensive. By combining the ValueJet 426UF with an app, in a short period the shop received most picture printing requests in the whole country, and this on a wide variety of materials.

Save the User Story on madpisa on Your Computer

Discover more user stories
Get in touch with Mutoh. Our team is here to help.
) )